Staring up from its base, l gritted my teeth, pulled down my Scot Hat, wrapped my wind proof coat around me and silently trudged uphill. With Mike a few paces ahead of me as he didn’t want to be seen with someone looking so ‘ridiculous!’ (the cheek of him!)

Halfway up, getting warm, we stopped by the loch and turned round. The view was absolutely breathtaking. It wasn’t a sunny day but come on, take a look. 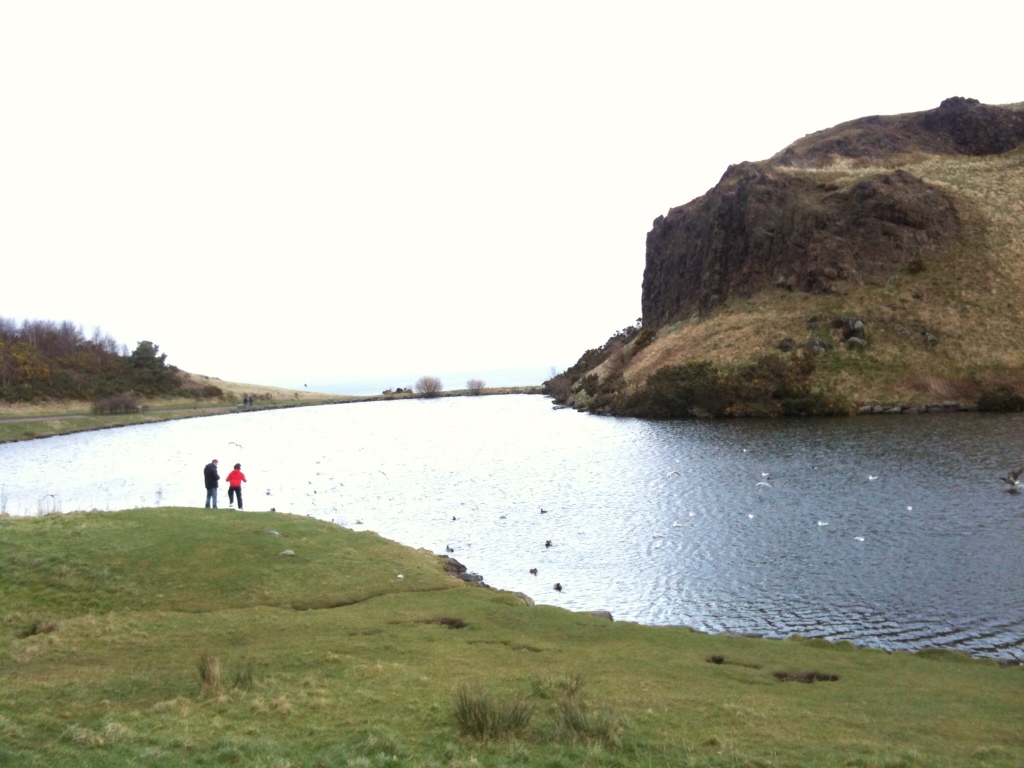 Then the climb got precarious, the hilly terrain steeper. But that didn’t stop people from jogging up or down the side of the volcano in their 118 118 gear, panting yet nimbly sidestepping crevasses like a goat on acid. Good for them! It’s one way to get fit! 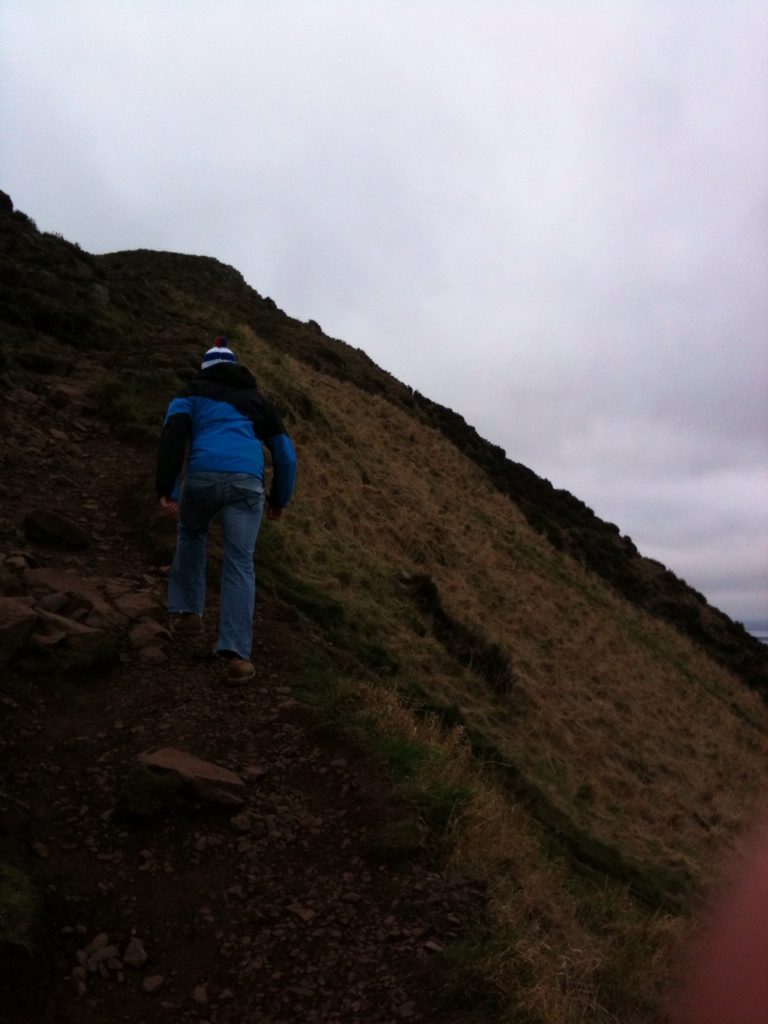 Racing up to the top where steps have been carved in, we were upon the world! I simply threw out my hands and screamed, ‘I’m the Qu…King of the World!’ Mike looked away in embarrassment and pointed to the lovebirds canoodling yet shivering, who stared back at us in indignation. We also smiled at a young boy with his grandfather, both enthused that they scaled the top as well. Now it’s piccy time and posing time and facts time! 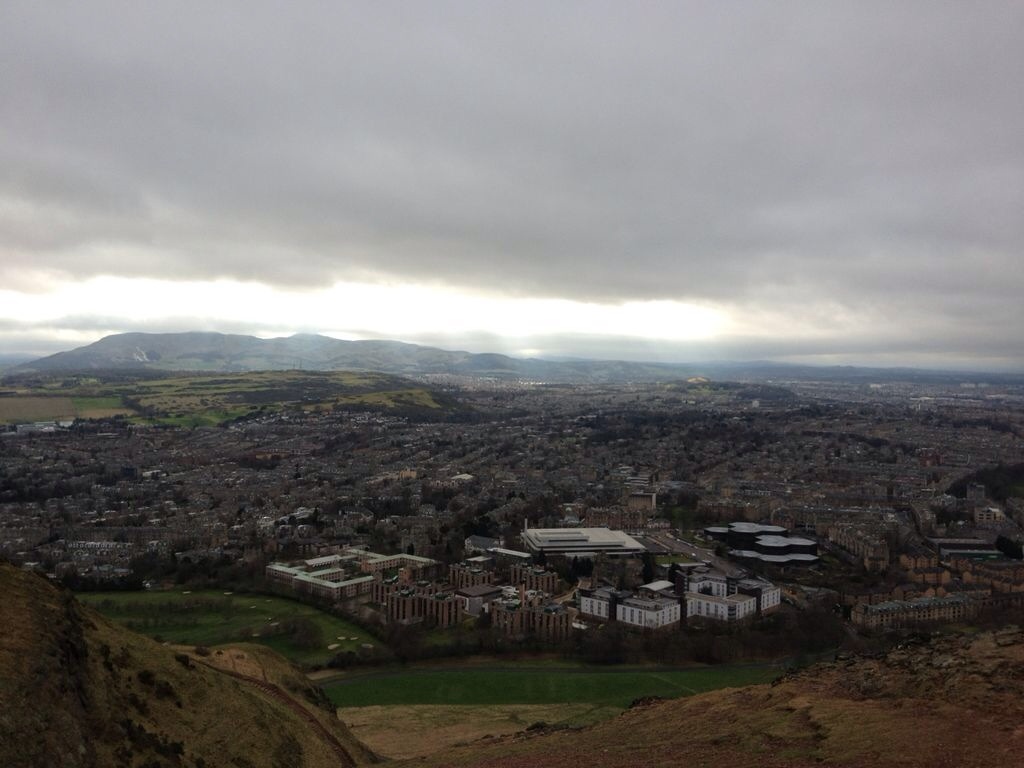 Arthur’s seat is the main peak of the group of hills that make up Holyrood Park.

It rises up to a height of 250.5m (822ft) towering above the city of Edinburgh providing panoramic views.

Like castle rock upon which Edinburgh Castle sits upon, Arthur’s Seat is formed by an extinct volcano system of Carboniferous Age (so that’s 350 million years old! Abit like Waegook Tom!)

This is viewed as one of the contenders for where Arthur’s Camelot was based. (I believe there was an Arthur and Camelot and magic :p ) however, the name may be a corruption of the Gaelic version which actually means hills of the archers. 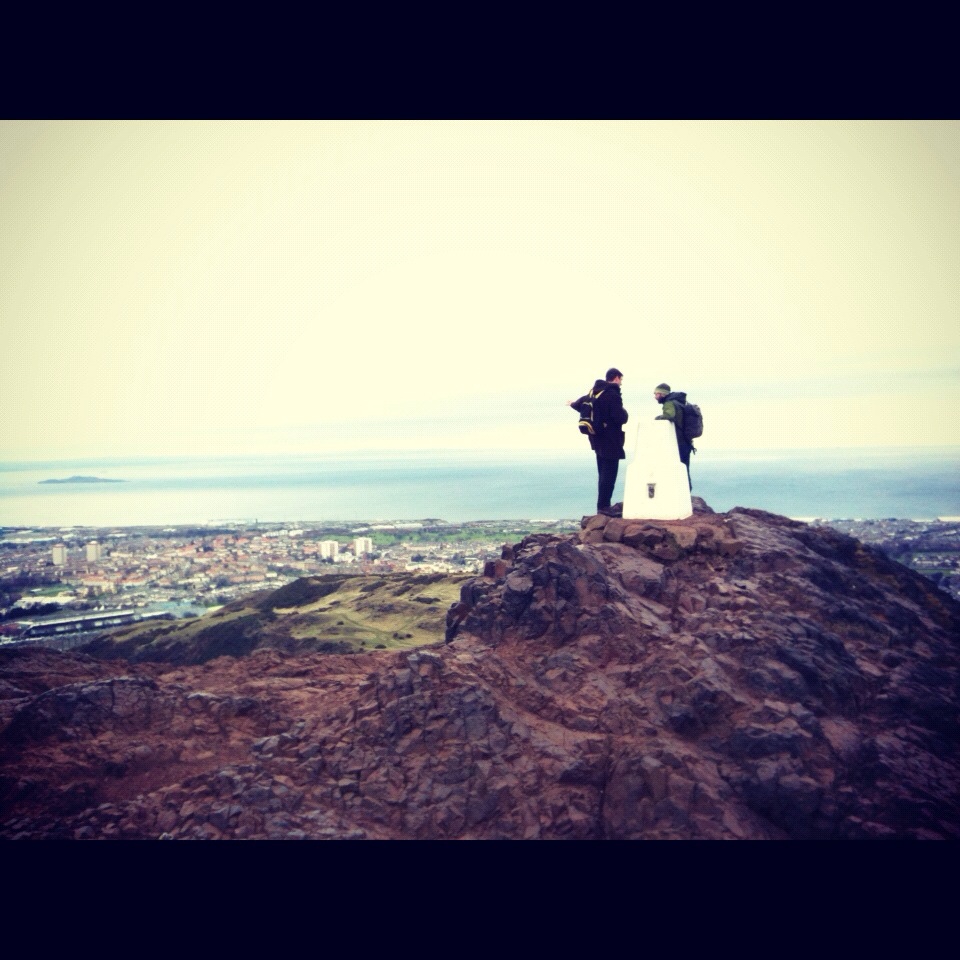 In 1836′ five boys hunting for rabbits found a set of 17 miniature coffins containing small wooden figures in a cave on the crags of Arthur’s Seat, the mystery remains unresolved…

Finally, who has the better pose?

Taking a few pics of the top, I decided it was good time as any to try out Scotland’s best soft drink. Iron Bru! The taste was…interesting but a good source of refreshment. 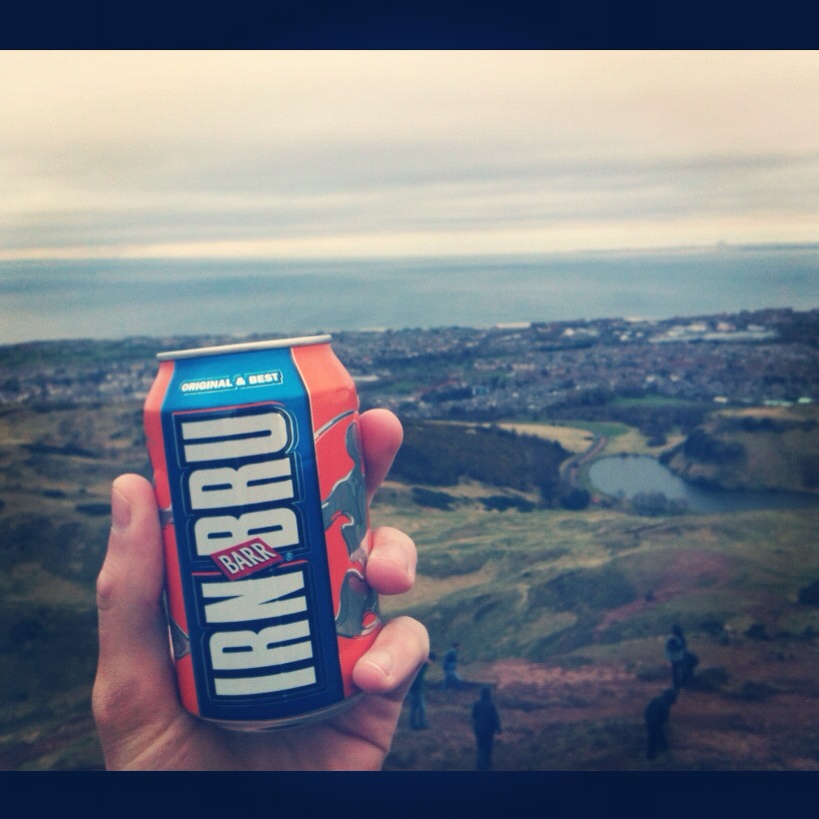 After hovering around on the top for a while, spotting landmarks of Edinburgh, seeing the white Harbours, our tummies rumbled and we knew it was time for lunch.

Taking inspiration of the joggers, I decided to skip down the side of Arthur’s Seat. As you can see, Mike certainly wasn’t impressed!

Reaching the bottom, we trudged to a carvery and tucked into a Sunday Roast. By god, it was totally totally worth it!

If you ever want to come to Scotland and you’re hanging around in the South of England staring wistfully at the photos, then follow the link to their website – the Caledonian Sleeper.

Have you climbed Arthur’s Seat?