The Thai-Laos Border Crossing from Chang Khong to Huay Xai

Waking up with a blissful ignorance, I soon realised where I was, the hotel from hell. Checking around for the dead cockroaches that kept springing back to life, I was relieved to find them still squashed on the floor.

However, I was okay, I felt totally different today…I had bundles of energy and I was smiling from ear to ear. We were to travel on the slowboat today woooo! Ensuring I got everything together, I placed my bag in the courtyard with John and Matt and waited for breakfast, in which we were told would arrive at 7.20am. We were hungry boys and weren’t gonna take no for an answer..oh no. I felt that we should be reimbursed for the horrible room with some nice brekkie but as I walked towards the kitchen, there was none of that telltale smell of a frying sausage. Chang Khong! Why have you forsaken me?!

Fatefully, I asked a girl nearby what’s happening with the food. Arching her eyebrow back at me, she smiled and with one hand tucked under her chin as if she was waiting for someone, told me that there would be no breakfast here. What?! Resigning ourselves to our plight, I chatted with this girl who turned out to be a fellow Yorkshire Terrier! As Leonie and I chatted, soon our ride to the Thai-Laos border arrived. I was feeling on a high for meeting a fellow Yorkshire person and pretty much wanted to get to know her a bit better.

Arriving at a place we weren’t quite sure, we were happy to find out that we get breakfast here! Oh joy! Wolfing down scrambled egg on toast to tinny Thai music blaring from the tv and chatting to Chilean and German Backpackers, the 3 of us heard stories about the Slowboat being hard on the bum and nether regions. We duly glanced at the shop which was selling a stockpile of cushions. A cushion for me it is, and I wouldn’t realise how much of a lifesaver it would be for the weeks ahead. My ability to have children depends on this cushion. Opting for a blue one, I studied it man to…cushion and I told it that if it was gonna be nice to me then I would be nice to it. Crazy fool I am, I know.

Back on the truck, we were dropped off at the Thai side of the border. But first, we needed to ensure we had the correct currency (if you want to be a bit more organised than we were click here to buy travel money) to buy our Laos Visa with. Everything is done in US Dollars so we had to exchange some Thai baht to get 35 dollars. With that we got a free ticket for a river crossing that separated Thailand from Laos. The Mekong River! 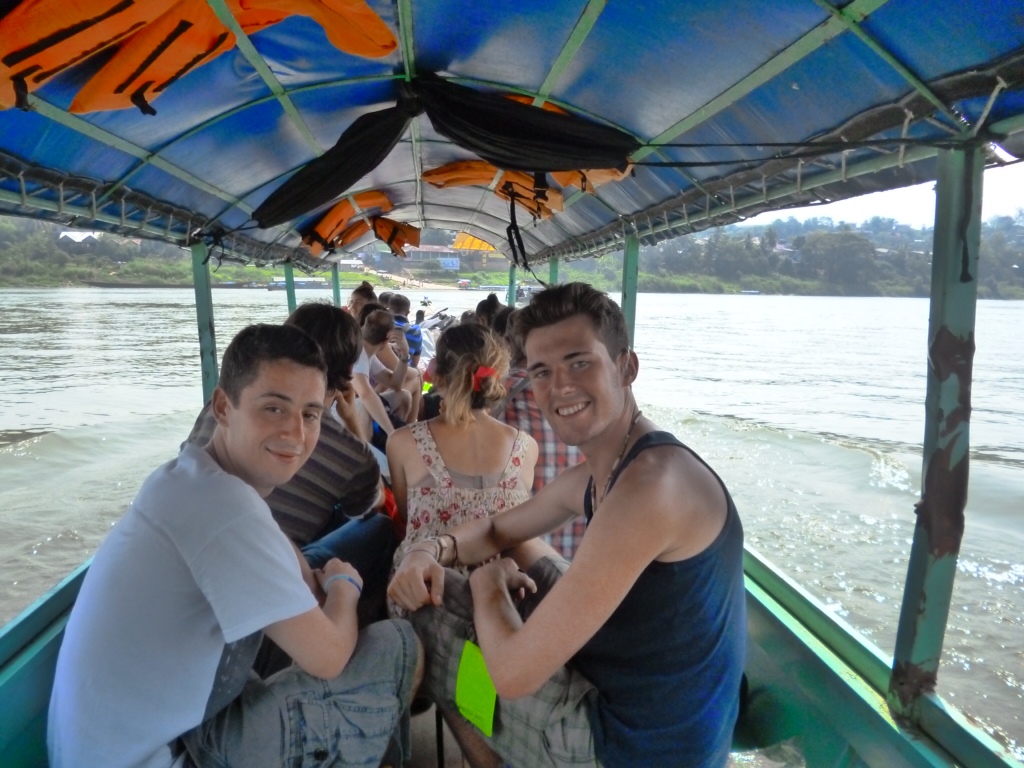 Ambling down the rickety steps to Immigration Control, we waited a lifetime to ensure we can pass through the Thai border. The reason why? Turned out a few people have overstayed their Thai visas and waiting for their passports to be processed. I was surprised to see Leonie to be one of them as as a fellow Yorkshire Terrier, surely she must understand the value of spending money! But later I found out she now lives in London..figures! 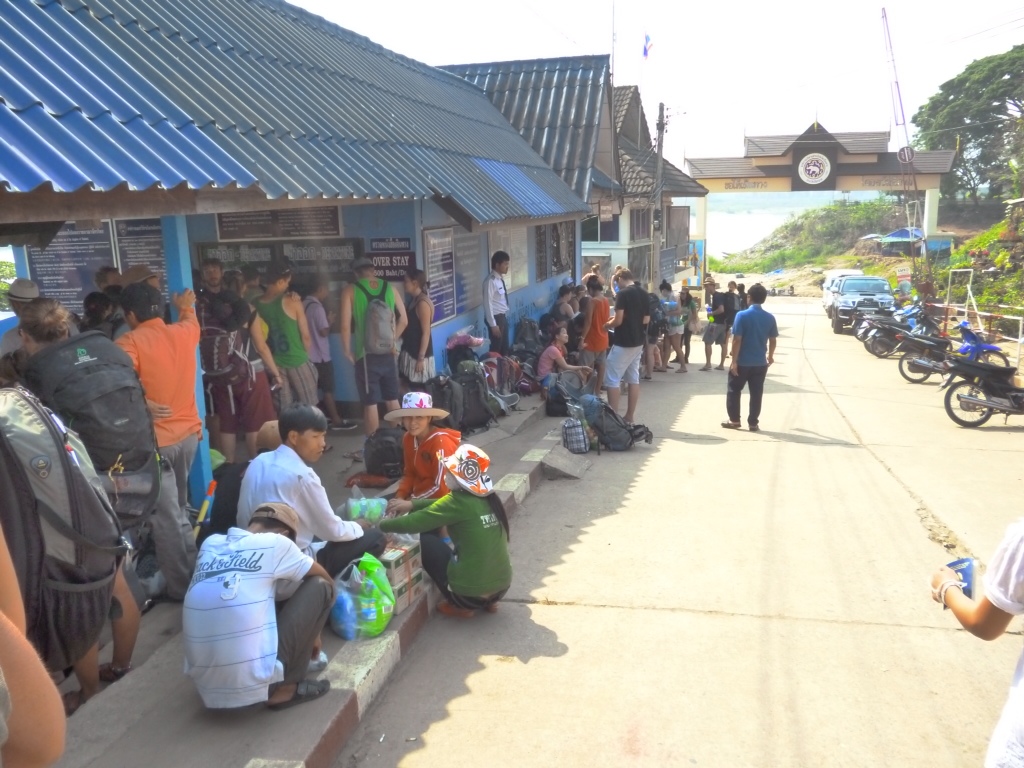 Leaving her and her travel mates behind, we got back our passports and as we were free to leave Thailand, we got into the long tail boat and crossed over to Laos into their sleepy port of Huay Xai. It feels weird saying that. I’m now in Laos! To get into other countries before, I had to go through airports but this was the first major border crossing I did by foot. Feeling proud of myself, we walked up to the visa office and it was absolute chaos! Filling out our arrivals cards, we pushed through other backpackers to hand in our passports with it visa information, to which the officials took and read secretly in the corner. Matt and I stood back waiting while John had to refill his arrivals card again. He grumbled in his Americanisms.

There didn’t seem to be a system in place as people who handed in their passports after some people got theirs back first. After observing, it suddenly dawned on me, they were giving the passports back to the good looking people first! Pushing myself forward, I plastered a smile to reveal the good, dark, tall and handsome looks that I possess and held out my hand to get my passport back with the visa. I was met with a blank look and he started giving a passport back to a girl who handed her passport in after me. Dejected, I went to the back of the bustling crowd and waiting for my turn, which wasn’t til 20 mins later. Paying for my visa with a scowling smile, and turning round to see Leonie and her travel mates arrive, John, Matt and I are now legally free to enter Laos!

And Laos, who knew you would capture my heart so..

So for the crossing remember to have:

And most of all, a lot of patience!

How was your Thai-Laos Crossing?