Here I am in Vietnam!

To be truthful, I wasn’t sure what to expect about this place. I mean it’s the least travelled of the 4 countries that I have been to and really, I hadn’t done that much research on it. I was to be surprised! I already had an experience of the journey here from Cambodia! 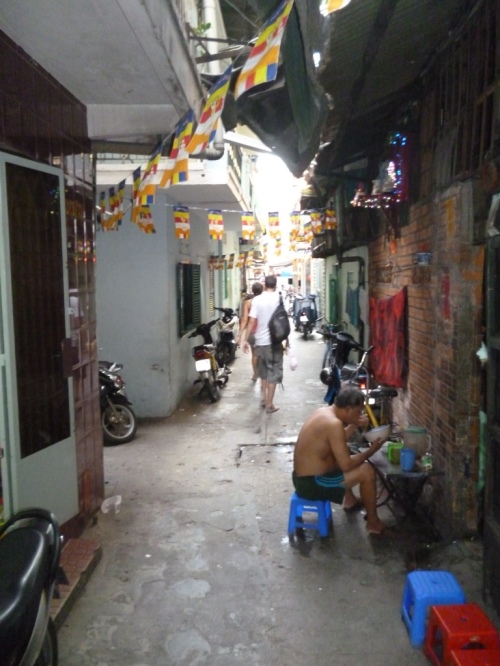 Waking up to a scrumptious breakfast at Ngoc Thao Guesthouse (seriously you have to go here, the staff are so so so so so so so friendly!), both Matt and I decided to explore Saigon (Ho Chi Minh City) on foot if we were brave enough to cross the traffic!

First off, we decided to head off to the biggest market in the city. And my! It was certainly experience! I thought it was bad enough in the 3 countries that I have already been to when I kept getting hassled in order to buy something but the Vietnamese takes it to a whole new level! Marching up to you that invades your personal space to the extreme, they would jut out their hip, rest their hand on it and warningly say ‘you buy something now.‘ Usually, what would happen I would walk away with a smile and shake my head but as I tried to do that and turning my back, she immediately grabbed the back of my top and dragged me back to her stall! ‘You buy something now!’ I didn’t. Trying to get through the market is a mission! You’re constantly stopped physically and I worried for my valuables and kept them in a bag wrapped round in my front. However, I wasn’t TOO worried. I kind of expected this and they knew what to do to sell. They do smile a lot here and laugh when you clock them in their pricing. Alannah told me later that she asked how much was a pair of sunglasses that was the same as hers (she bought them in Cambodia for 3 dollars) and the Vietnamese jutted out her hip and told her 35 dollars! What?!

Safe to say, both Matt and I didn’t stay in the market for too long. We were only having a look and that expression didn’t wash with the locals who would fly in a rage that you were looking at their product, enquiring how much it is and then walking away…that is if they didn’t grab you!

Crossing another line of traffic (see video below), I didn’t do the biggest traffic as I needed all my wits and couldn’t video! 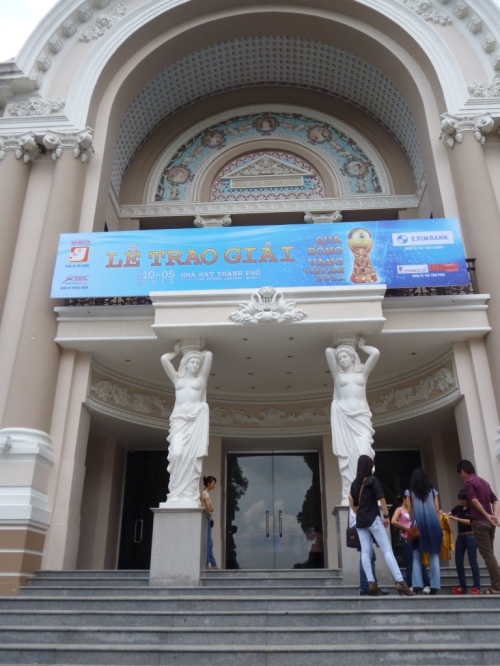 Checking out a few more sights such as the opera house, we stumbled across the poshest shopping mall and took advantage of the air con, as the heat and humidity in Vietnam is sky high! We found an Armani shop and plenty more! We soon realised we were being stalked by a Vietnamese prostitute who kept giving us longing looks and waited away from us if we stopped to look at something. We lost her. 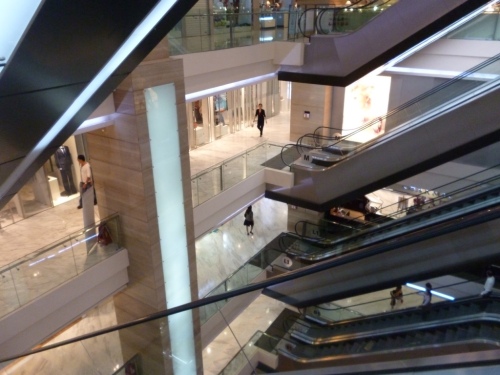 Matt ended up buying a burger meal at a burger joint for 5 dollars and I quickly teased him it could have paid for 3 nights more accommodation at Sihankoville! 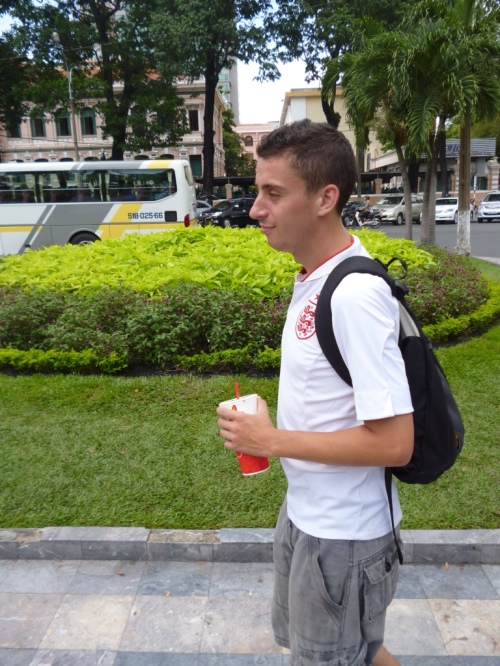 Sadly we had to leave the luxurious shopping mall (Vincom) and head back out into the heat before we were going to be thrown out for being a ragtag duo of dirty smelly backpackers! 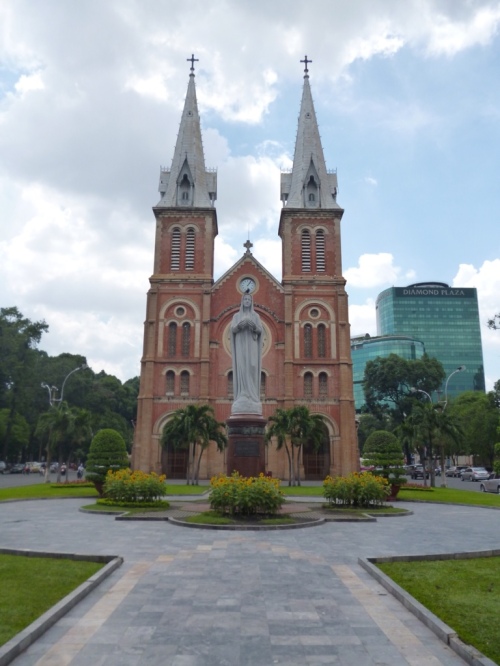 We checked out the colonial Post Office so I could exchange some dollars into Dong (the local currency of Vietnam) and also mess around in the telephone booths! They were air conditioned and perhaps I stayed longer in there I think. Don’t worry, I didn’t change into Superman…I don’t think he would cope with the heat in his spandex suit!

We walked it to the War Remnants Museum and let’s just say that it’s not all its made out to be. One purpose for my visit there was to actually find out how and why the Vietnam War (or American War ad the Vietnamese call it) started. Well, you certainly won’t find that out as this museum is very anti American. I left the museum still having no clue why or how but my mind was filled with Anti-American diatribe. Don’t get me wrong, what the Americans have done is wrong and the war was a complete tragedy but the Vietnamese was also in the wrong. What I only faced in the museum was images after images of war injuries particular of Agent Orange, a chemical war weapon that was sprayed all over the Ho Chi Minh Trail in order to flush out the commandos in the jungle. To this day, injuries still appear in the form of deformed babies due to the genetic restructure of their parents caused by the agent itself. 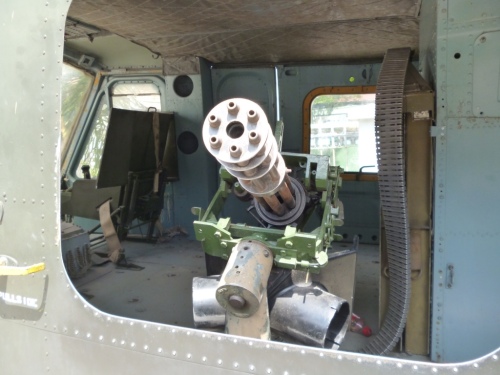 It was a very saddening experience and I’m sure the Vietnamese have suffered but after finally reading up how and why it started, I can see that it all started off with the Vietnamese fighting amongst themselves with communists on one side. 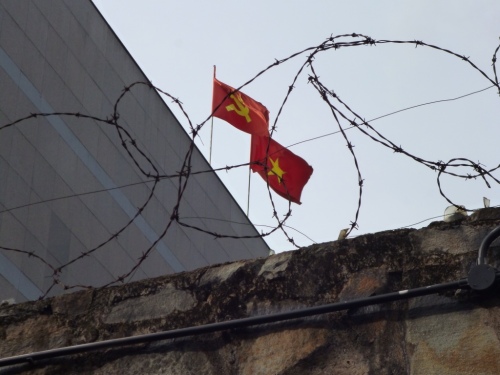 Meeting up with Alannah at the Museum, we headed back to our hostel but not before we stopped off at a Park, where we were going to see a Vietnamese custom in their routine. At dusk, literally most people go to any green space to exercise and play any sports, predominantly badminton. But we found an outdoor gym to party on! 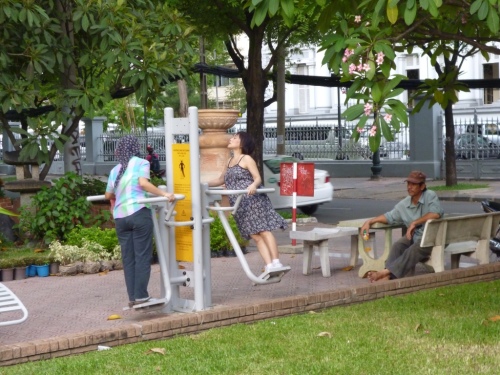 When we got back after the whole day of Walking, we checked out the local cafe and had Vietnam’s national dish. Pho. Remember to bring a napkin, it’ll dribble down your chin! But it was still delish!

Bouncing back into bed, I was looking forward for my day excursion tomorrow but we needed to be up early. It was gonna be Cu Chi Tunnel time! But I dreamt of Vietnamese traffic instead!

Have you been to Ho Chi Minh City? What did you think of the War Remnants Museum?