‘Could Traverse 2014 in Newcastle be as good as last year’s outing in Brighton?’

This question, on the tip of returning delegates’ tongues as they poured in their dozens in the quintessential northern English city of Newcastle Upon Tyne one fateful chilly February weekend, simply had to be answered. Quite frankly, the question that will make or break Traverse 2014 as one of the leading travel blogging conferences in the UK, or perhaps even the world.

After last year’s stellar inaugural Brighton Conference that truly dazzled many bloggers with their unique, intimate and fresh take on achieving success for the working writer, the social media channels erupted in a frenzy, helpfully and craftily supported by Traverse’s founding duo, Michael Ball and Paul Dow of TravMonkey, joined by their PR guru Ruth Haffenden of MindShareUK fame, through #TraverseMingle events and staggered anticipated announcements throughout the year. It would be said that the reach and engagement over these social media networks gained ground in far-flung countries including Australia and USA where new delegates joined up online enthusiastically for the Newcastle event, willing to travel long distances just to see Traverse through their eyes.

In April 2013, I had committed myself to be a professional travel blogger after coming back from a 8 month round the world trip and the fledgling Traverse 2013 was the perfect opportunity to build upon my new-found success. Traverse 2013 delivered and the best feature definitely has to be its intimate feel in a small conference centre situated in the funky heart of Brighton. As soon as the city of Newcastle was announced for the second conference venue and the tickets made available, I heartily signed up, believing that Traverse will continue to deliver. 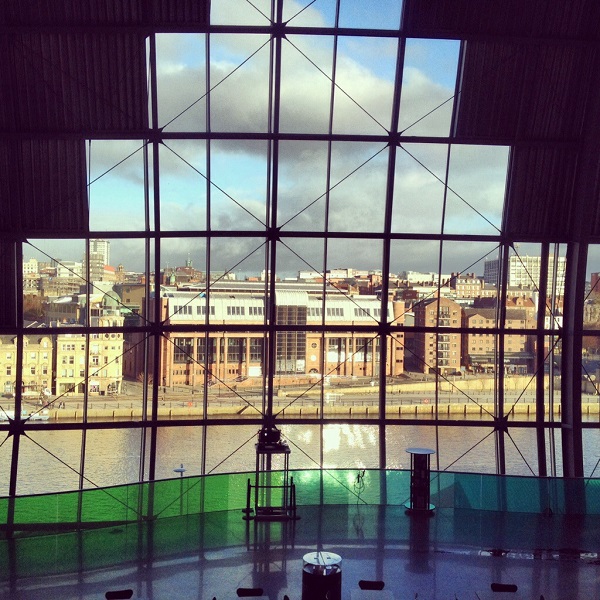 However, the ultimate question crept into my mind when the glossy and extravagant SAGE Building on the banks of Gateshead staring mightily at Newcastle across the river was dutifully announced as the Conference venue. The intimacy of Brighton was felled in one swift swoop. Here, Traverse 2014 was making a grand statement. No longer it was the hesitant shy child that sweetily made your heart melt. It has morphed into a successful flashy businessman ready to take on the world to stand shoulder to shoulder with the giants of the blogging conference world before giving them a bloody nose and offering to clean up afterwards.

Perhaps Traverse realised they had to meet the already high expectations of its returning delegates to avoid being accused of being predictable if they followed their similar format. So they booked one of the iconic buildings of Northern England enough to take the questioning breath away from each blogger. Who knows? As Newcastle Upon Tyne was my third home, I had already seen the impressive SAGE building before and I was simply worried for Traverse’s sake that they may have bitten off more than they could chew. Could the conference simply be too grand? Would the intimacy be gone? Since last year’s offering, I attended plenty of other conferences and they seemed to merge into the same grandiose atmosphere resulting in many bloggers complaining that the event was far too big to comprehend. However, Traverse 2013 offered a fresh alternative and all I heard was raving reviews and excited reports. I hoped Traverse wouldn’t follow the line of the other conferences. 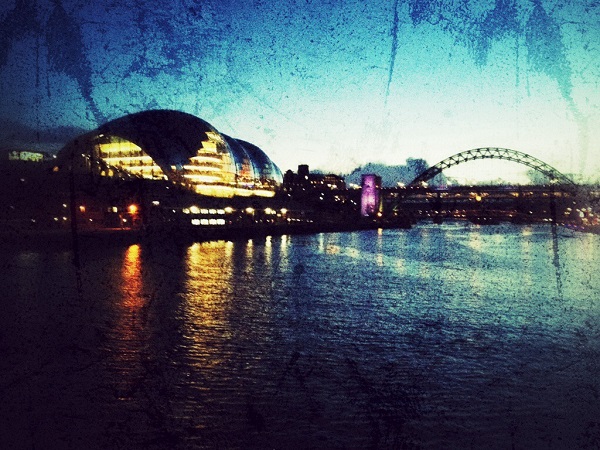 Finally, Traverse was put to the test in NewcastleGateshead. It was truly make or break time for the organisers. As I arrived in Newcastle Upon Tyne, not only as a blogger but as a sponsor for the event, I was able to see some of the organisation behind the event as I was dutifully shown around the venue the night before the conference started. My worries for them dissipated slightly as the organisers were truly confident and energetic bubbling balls of enthusiasm. They had hired out the first level of the SAGE Building for the conference, the glass hub of the Baltic Mill and the classy yet funky bar of As You Like It in Jesmond. This conference would definitely be grander than last year’s.

So let’s check out what my thoughts were for the conference and their social activities.

The TraverseMingle style networking social event kicked off the conference for the delegates and the sleek and glossy bar housed within the grounds of the Baltic affording beautiful views of the Tyne and its bridges lit up at night. With a few words from the organisers and the main sponsor, NewcastleGateshead, the event kicked off in style in glitz as people ‘hob-nobbed’ over the plenty glasses of wine made available. The event was slightly tinged with some confusion at the codes situated on the back of our name badges as we were told there is a competition related to it, but I didn’t really get to find out until the next day. For this returning delegate, it was a great chance to catch up with fellow blogger friends and meet up and coming bloggers who valued our advice.

How did the workshops fare?

1) Publishing Projects by Kash of BudgetTraveller – Kash has proved himself time and time again throughout the last two years as a serial entrepreneur consistently announcing project after project. He’s most widely known for his Luxury Hostels in Europe project along with promoting Blogville and most recently Blog Island. So it comes to no surprise that he’s the most eligible experienced blogger to lead a workshop in publishing projects. With his enthusiasm in mind, he first and foremost tells us that we are all digital innovators inside ourselves, and to achieve success, he bluntly states that ‘you need a damn good idea.’ Using a variety of examples, he tells us the process of publishing projects but really in order to make these a reality, only you can do it. Check out his slides here and join the attending delegates thank Kash for giving them inspiration.

2) Engaging with Brands by Ana of Mrs O Around the World – Brand ambassadors and bloggers poured into this anticipated workshop on engaging with brands thanks to the current Google climate kerbing the activities of stuffed SEO linking. Partnerships are now the way forward and Ana was the person chosen to lead this workshop due to her luxury travel brand networks. The real taste of how to engage with brands came after a lengthy time about talking about her website in which we received blurbs from brands demonstrating what worked and what didn’t worked on other varied websites. Perhaps if we had a brand representative to work in tandem with Mrs O, a blogger, we would see two sides to a tale. Check out her slides here. 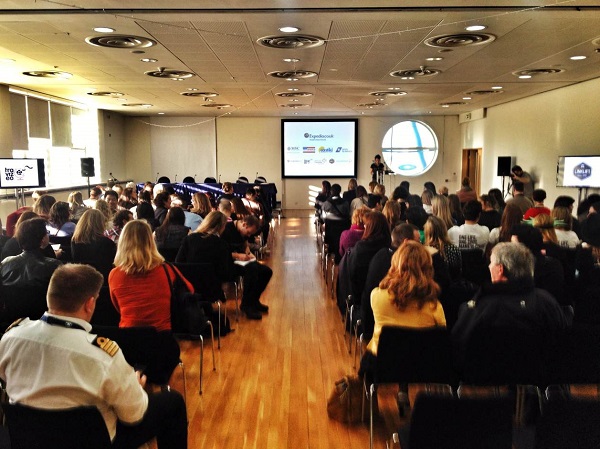 3) WordPress by Paul of TravMonkey – Paul, the technological wizard of the travel blogging world, aptly led us through the basics and tips of using WordPress for the beginner, an invaluable workshop for the up and coming blogger. As I walked in, people asked why I was there seeing as I have been on the blogging scene for almost three years. As I stumbled blindly setting up wordpress when I started, this workshop provided gems of information that I really needed to re-vitalize and streamline my blog to maximum efficiency. Even if you are an established blogger, you should have attended TravMonkey’s workshop.

4) Thinking like a Journalist by Michael of Time Travel Turtle – Michael Turtle is indeed James Bond. Using the iconic figure as an example for his foundation of thinking like a journalist, he looks at the best ways to research a destination as a writer. Identifying the best angle for a story and how that affects what you should do on the ground whilst collecting information in prepared ways, you can become experienced in bringing your writing to life. This hilarious workshop definitely brought the room alight as people commentated afterwards this workshop may have been the best they’ve attended. Check out his slides here.

Sponsored by Expedia, the AfterParty took place in As You Like It Bar in Jesmond, a ‘hipster’ place known for its high proportion of students in Newcastle. The bar was truly what I was looking for. Intimate, quirky, small dance floor and a general all round chilled out atmosphere for people to relax in. 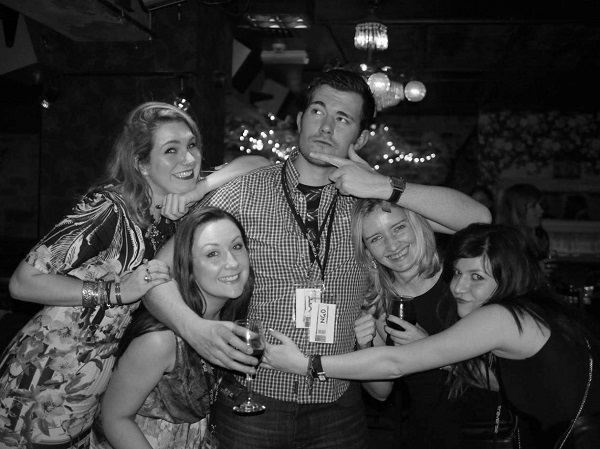 The party moved on to the central streets of Newcastle, first hitting the Floritas Bar and Perdu. It was truly an extravaganza as bloggers shared the love. 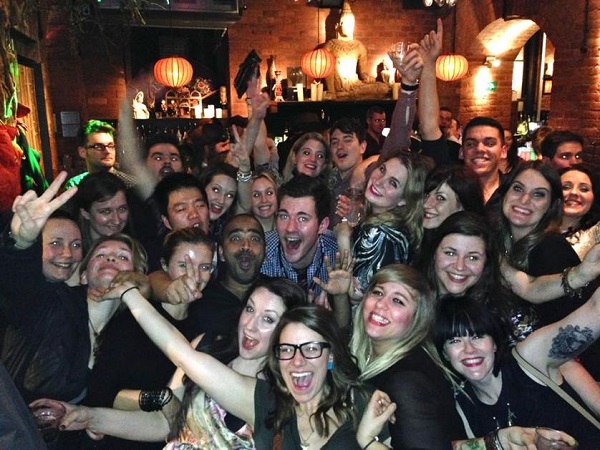 A new feature for this year’s outing were the Sunday events that allowed many bloggers to experience the local culture of the city. This is truly inspired and proved to be a fantastic hit with the delegates whether they attended an Indian Food Tasting lunch, Glass Blowing session at the National Glass Centre on the River Wear or partaking in a long yet brave 30 mile bike ride throughout Northumbria and Tyne and Wear. I took the Glassblowing session myself (see the next post for more) and it was indeed a highlight of my time over Traverse. 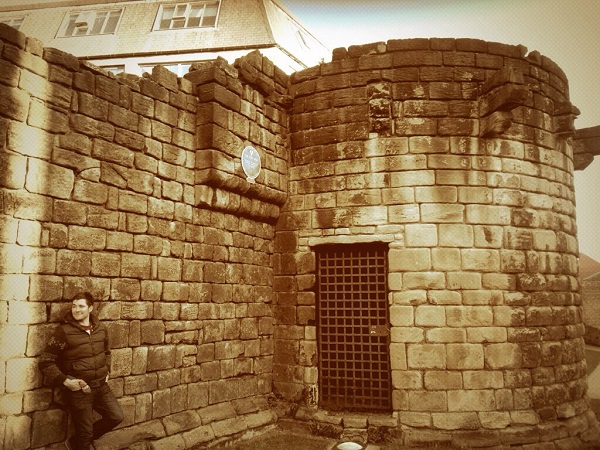 Last year, I wrote about the Pitfalls of a Deaf Travel Blogger at a Blogging Conference, taking notes from Traverse 2013. I was very interested to see if anything may have changed. I’m glad to say that they have. Upon being shown around the conference venue, Michael showed me a quiet place where I could network with people rather having to fight with the background noise in other parts of the conference. The evenings were a huge hit as well, as I was able to understand everyone without any blaring music emanating wildly from the speakers. So Traverse – for deaf awareness 10/10 from me. 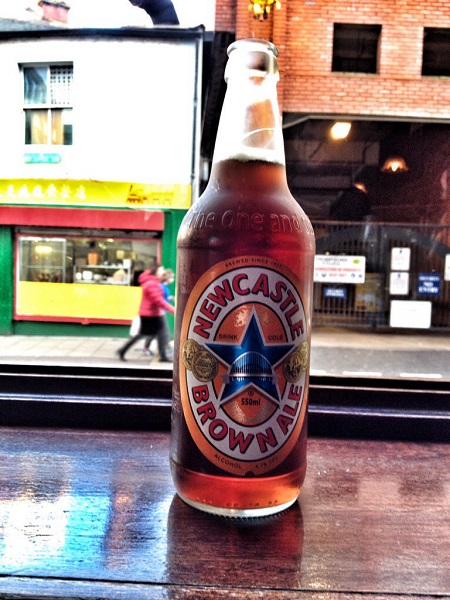 Judging from the overall atmosphere from the delegates, I say it was a resounding success. Setting the conference in the friendly northern city of Newcastle was a masterstroke as the southern based bloggers fell in love with the locals and the landscape. Many delegates obviously learnt invaluable tools from the workshops as they excitedly gossiped about their new-found knowledge in the social events and the unique competitions ran by the sponsors was a true delight.

Despite my initial thoughts that the conference venue was too grand for the conference, I changed my mind halfway through the weekend. I thought the conference had a lot of potential to take on MORE delegates perhaps even doubled! The organisation was there, the atmosphere was there, and indeed the capacity to learn more information for bloggers to use was definitely indeed there.

I may actually throw in a challenge to the Traverse Team for their next event. I think they should have a half day where the workshops are truly interactive and on foot whilst exploring the city as a whole. Obvious examples would have to be small photography courses on walks, perhaps live blogging or even social media campaigns. I’ll leave it up to the Traverse Team to think up of exciting new ideas for this.

So what is the answer to my initial question?

‘Could Traverse 2014 in Newcastle be as good as last year’s outing in Brighton?’

I have to say not only it was as good as Brighton, but Traverse really has evolved into something far exceedingly better. It’s that simple. Now the challenge for next year’s event is could Traverse 2015 be as good as Newcastle? I have a feeling it will still continue to evolve but now with hard-won credentials as one of the most inspiration-making blogging conferences around to take on another city in the UK. Now, we have to wait in anticipation to find out where next year’s event could be. 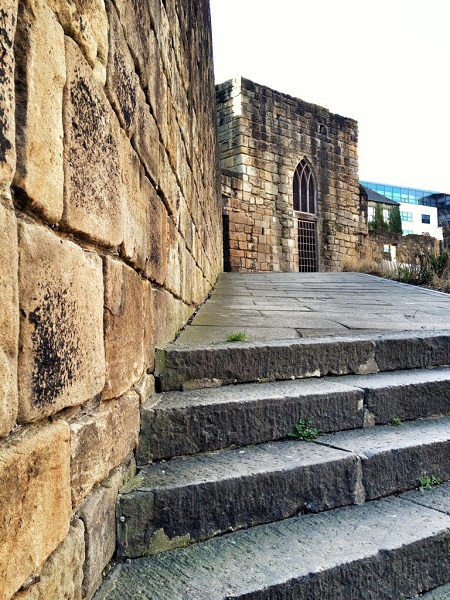 Meanwhile, have you heard about BlogStock, the new offering from Traverse Events?…