Rail and Sail with Stena Lines

I let myself whistle in appreciation, seeing the interior of the Superferry Stena Brittanica just as I embarked.

It was fancy, glitzy and professional. If anything, I felt like a royal coming on board. Totally different to what I was expecting.

I love travelling on the seas on cruise ships and catamarans, but my previous experience with ferries across the world has just been a low-key and sometimes grubby affair.

Until I stepped on board with Stena Line from Harwich to Holland. 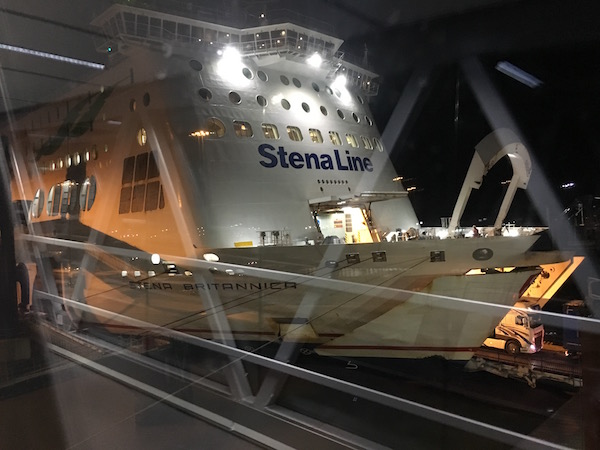 Now, what was I doing?

I was travelling to Holland for the day to take in the sights of a city that doesn’t feature much on the tourist trail – The Hague.

This is what I was about to find out by travelling in style using the Rail and Sail option with Stena Lines.

The Rail and Sail fare allows you to travel from any Greater Anglia train station to Harwich International Port, where you can board one of the super ferries to travel overnight to Hook of Holland, and then board on a Dutchflyer train to any Dutch city of your choice.

For me, it was from Liverpool Street station in London to The Hague.

Having got my Rail and Sail tickets in advance, I printed them off and went on my merry way with just my day rucksack for company. It was my first time having a combo transport ticket and I was slightly nervous to see if travel companies really have worked together.

I needn’t have worried. Although I had to change trains half way through, I identified my train at Liverpool Street station immediately and went to the relevant platform and showed my ticket to the inspector who waved me through. However, I did note there wasn’t a sign for the Rail and Sail over the platform, which may assure some passengers that they are going to the right platform.

The journey to the port was largely uneventful but great to catch up on my music on the hour long journey there, to which I realised I was actually early!

Climbing the steps from the platform, you can either turn immediately left to enter the ferry terminal or turn right to come out into the port to see the lorries and cars arrive to park up to board the ferry. There’s nothing really to see here apart from an interesting wall mural. 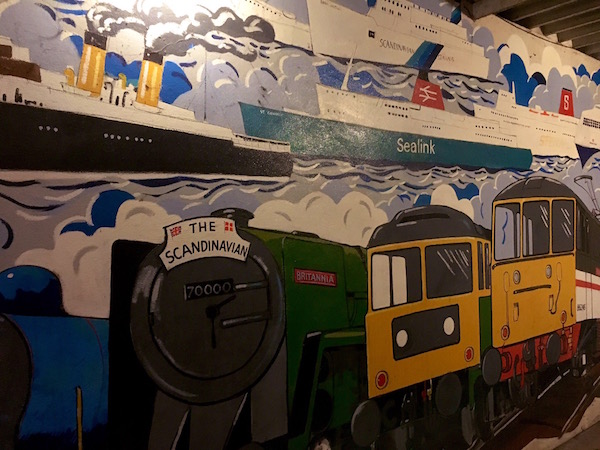 Arriving in the ferry terminal, you will see a massive waiting area with bathrooms to one side and some cafes, although they were shut when I arrived. There is a customer services desk in front and I went to check up on what’s the status of the ferry. I was provided some information although rather abruptly by a scowling representative and I went to sit down at one of the waiting areas before it was time to embark.

You go through security first, rather like the airport but without the long queues as I didn’t see many people coming on the superferry as foot passengers. The security process was very quick and manned by cheerful staff, ready to help people who are first timers on Stena Lines such as myself. Then you will be directed to the ticket desk who will check you in and provide you with all the information you need including your train fare tickets at the Holland side and your room key.

After a short wait in another area, you will be allowed to embark on the ferry. This is when I realised that travelling on this superferry would be a glamorous experience. Check this out. 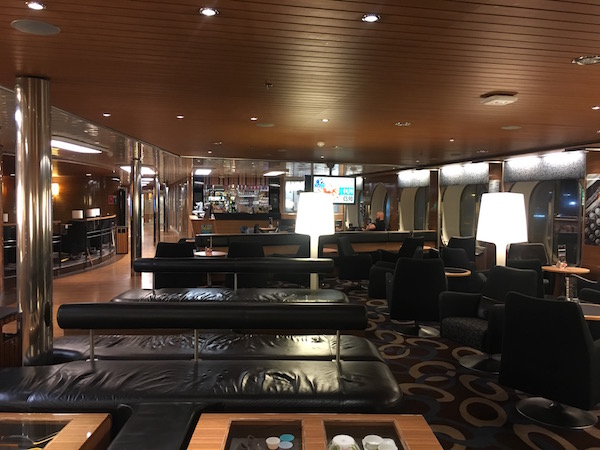 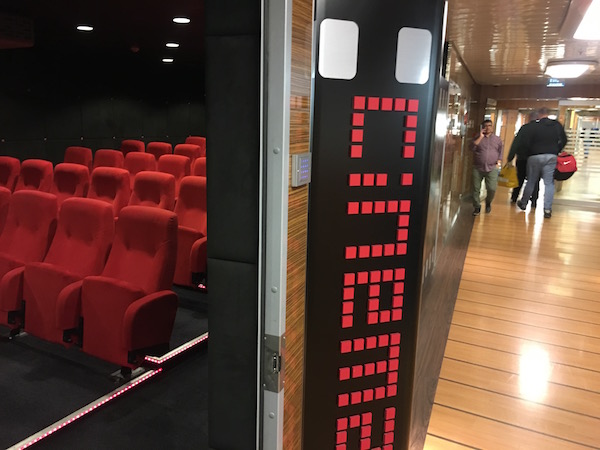 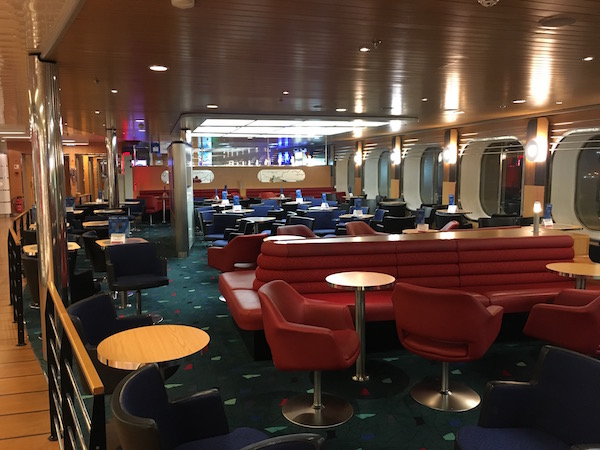 I tried out everything I could find and I fell in love with the superferry Stena experience including fine dining at the Metropolitan restaurant, chilling in the Living Room, relaxing in the Stena Pure Lounge, cinema on the seas and more!

I absolutely adored my standard outside class cabin with a massive porthole so I can see the horizon particularly at dusk and dawn (wonderful experience). There was a bunk bed but I could push the upper bunk to one side to give me an experience of having my own bed on the lower bunk. The mattress was very high-quality and soft giving me a relaxing sleep overnight, the en-suite bathroom was absolutely fantastic and I didn’t feel entombed whatsoever! There was a flatscreen TV, desk, dressing table, open wardrobe and more. It felt like I was travelling in style on a cruise ship if I’m honest! 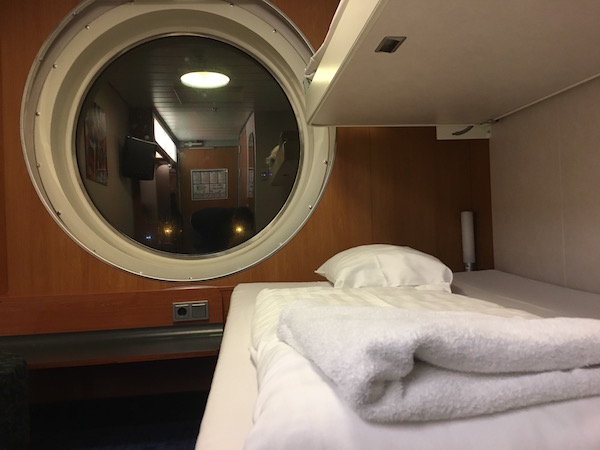 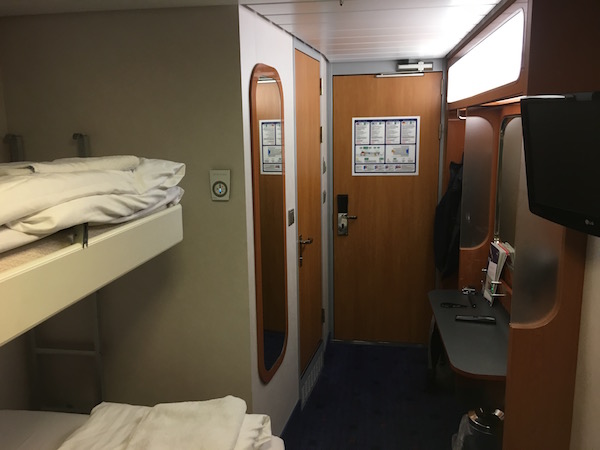 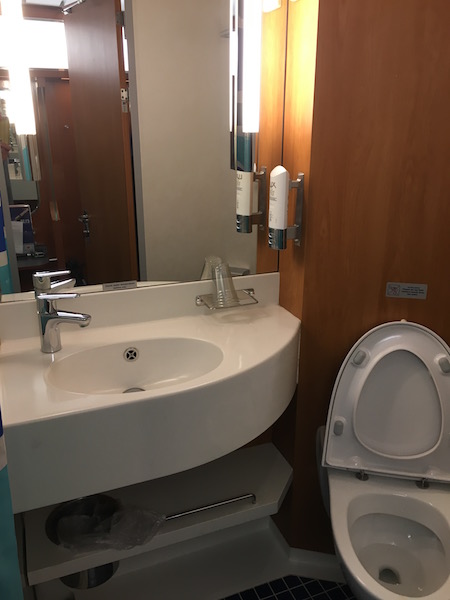 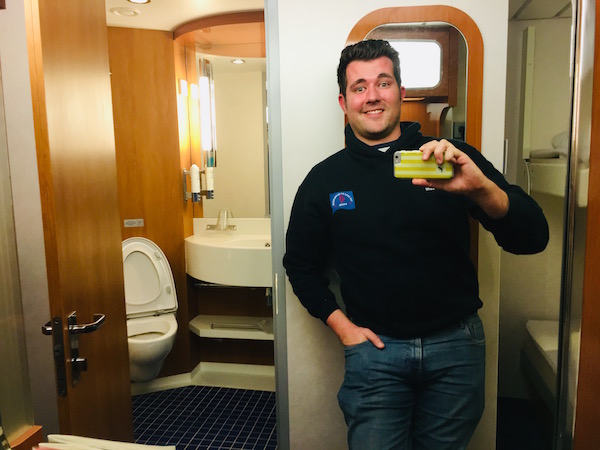 I’ll tell you three of my favourite experiences on board the Stena Brittanica!

Although it was a cold evening on a February day, I absolutely adored being outside on the decks watching the sea grow larger on the horizon and land slowly disappearing away as we entered the North Sea. With the superferry’s horn sounding away, it was a rather pleasant experience to relax and give excitement to the thought that you’re travelling just as we did in the olden days before planes took over the world. 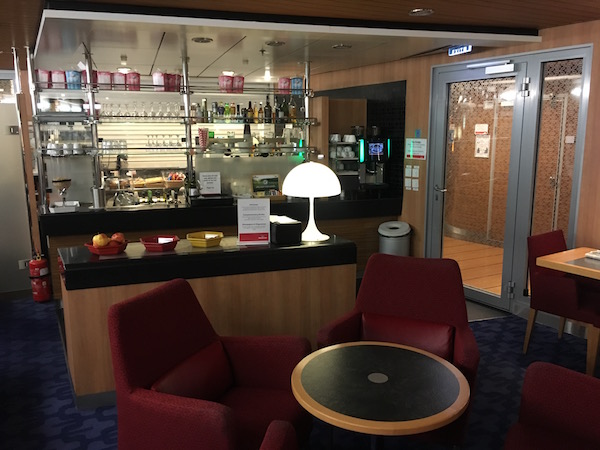 If you upgrade to the Stena Plus ticket, you can get access to the Pure Lounge – a different class of luxury that’s quiet and exclusive. You can get a choice of complimentary nibbles, coffee, tea, fruit juice, water, wines, free newspapers and magazines and more. Also, there’s ultra-comfortable seating too! I enjoyed this part so much that I almost forgot to get to my restaurant booking!

I realised my tummy was rumbling and that called for tucking into a fantastic three course meal at the Metropolitan Restaurant that offers ‘at seat service’. The A la Carte menu was absolutely yummy-making and salivating to read through and I swiftly made my choice to the fantastic and professional wait service. 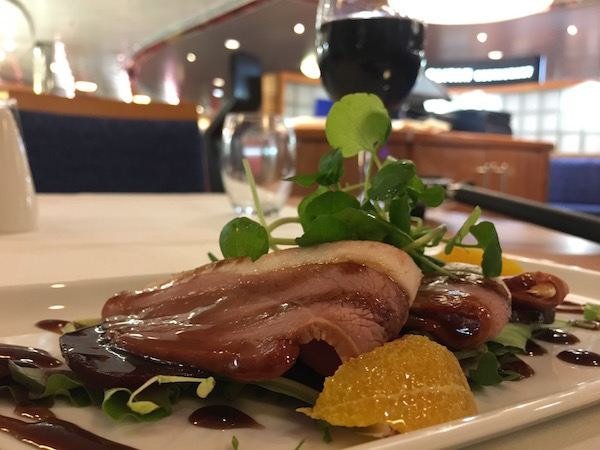 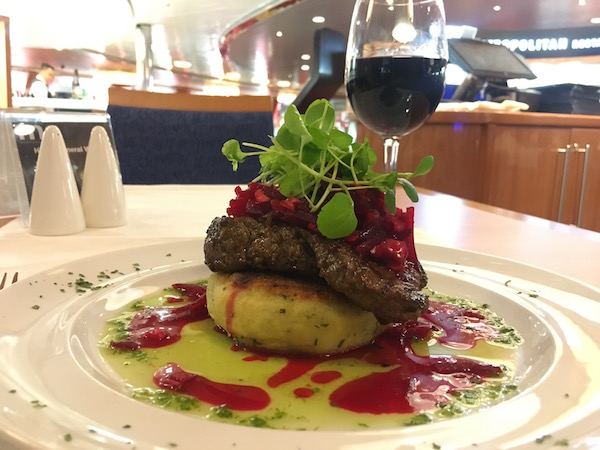 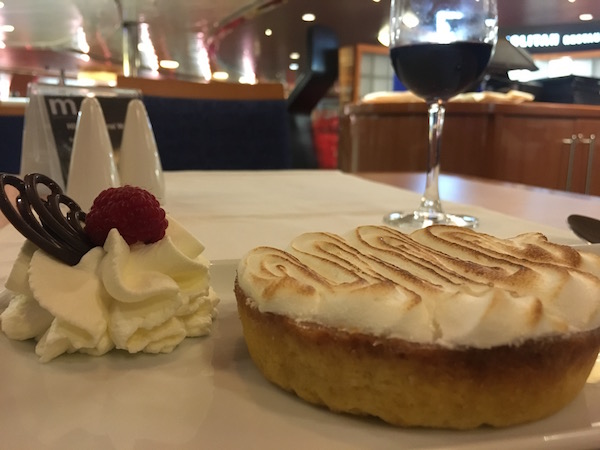 Before I knew it, it was time to lay down my head in my plush cabin. I actually fell asleep watching TV as I was that comfy! Soon, I woke up to my own alarm clock but 15 minutes later, I heard the wake up call sent round to all the cabins over the tannoy early that morning.

After getting ready and grabbing a breakfast at the restaurant, I did a spot of shopping on board as we steamed into Hook of Holland on a clear and brightening sunrise of a morning. It’s just as well as I realised my charger broke (my own fault) and the shop onboard had exactly what I needed to replace it. Phew!

Disembarking was relatively quick, just a quick check through passport control and here I went to start exploring my day in Holland!

As I stepped outside and breathed in the Dutch morning air, I looked around at the many buses that waited to take us to our local train station. Just how exactly am I going to get to The Hague?

You’ll have to find out more in my next post! 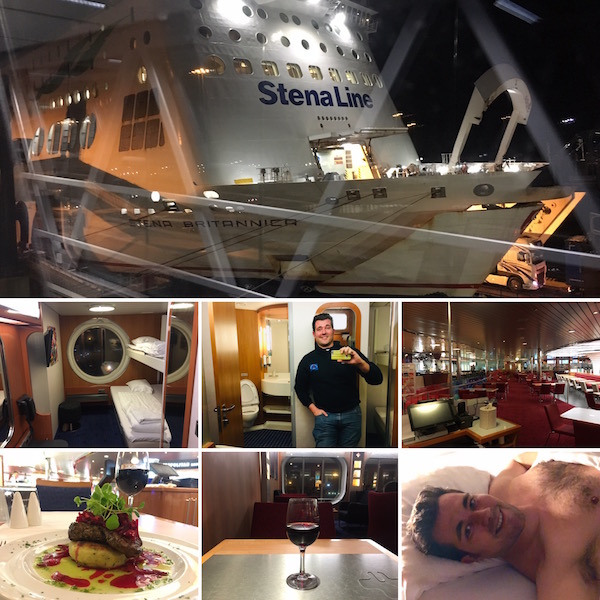